People that know me will know that I love to cook! And well there are those recipes that you use and use and then somewhere along the line they get forgotten.

Tonight I made one of these recipes, for the first time in 3 years! The last time I made this recipe was, in fact, on my honeymoon. (I can't quite get over the fact I've been married for three years already!) 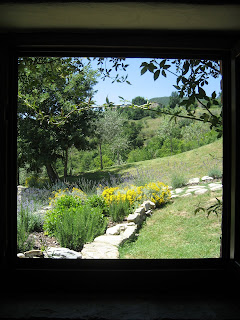 View from our window on honeymoon

There was actually some logic behind not making this recipe anymore, because frankly I don't think you can do this recipe justice using ingredients from this country, but it still tastes pretty amazing! It does take a bit of time to prep though, but I think it's worth it, it's such a lovely summery dish. Much, much better than bought sauces (or tinned tomatoes, honest!)

Eating this recipe on Honeymoon


400-500g Cherry Tomatoes (works best with a variety of different ripeness and colours)
1 packet of pancetta diced (or 6 rashers of normal or smoked bacon, I have tried all and they are all good!)
1 Knob of butter
1 Onion
2 Garlic Cloves
200g Pasta (Orecchiette works well but is hard to find, so any of your favourite pasta will work)
Fresh Oregano (again often hard to find in supermarkets, parsley is nice too)
Fresh Parmesan (I left this out today, as I am on a diet!)
Salt and Pepper for seasoning.


Put all the tomatoes in a bowl and blanch them in boiling water, this is to make it easier to get the skin off the tomato (often the skin won't spilt so while they are in the boiling water I prick them with a sharp knife which makes them split)


Drain the tomatoes, then skin them and cut each tomato in half and take out the seeds, then roughly chop the flesh.


Melt butter in a frying pan and fry the pancetta (or bacon) until golden. Add the onion and garlic and fry for roughly 5 mins (or until the onion is transparent)


Check the cooking time for the chosen pasta and bring a saucepan of water to the boil.


Add the tomato flesh to the pan of pancetta and onion (not the boiling water - it won't taste good!), season with salt and pepper, lower the heat and simmer for about 10 mins.


When the pasta is ready drain and serve, spoon over tomato sauce and garnish with oregano (or parsley) and parmesan (if using).

While making this tonight all could think about was Italy :) oh how I wish I was back in Umbria! We stayed at Casa San Gabriel  which I would highly recommend. As soon as I am no longer a poor student I will be saving up to go back.

As I'm sharing this recipe (the first of many probably!) I thought I would share some photo's too! 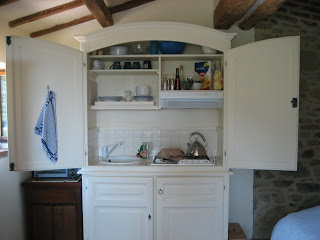 The Beauty and the Beast style wardrobe that is actually the cutest little kitchen. 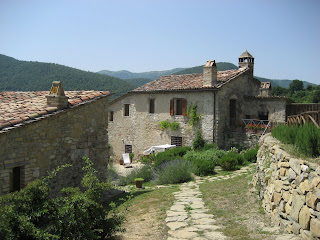 Gorgeous view of Chrissie and David's house and one of the villa's.

Email ThisBlogThis!Share to TwitterShare to FacebookShare to Pinterest
Labels: other stuff, recipe

Been so busy with uni work this month that I have neglected my blog a little... sorry about that the next month or so I will be writing a lot more as I've got lots of things to share :)

Anyway in my absence as well as trying to write my dissertation synopsis and designing a series of jewellery for my assessment me and the hubby went along the the Crafty Fox Market in Brixton last Saturday.

There were so many lovely items to browse through and even though I have considerably stretched my student loan to breaking point I couldn't resist buying a couple of things!

I got this amazing Deer head from Wooden Tree he has been lovingly nicknamed 'Ed the Head'. I will have to find somewhere for him to live soon. 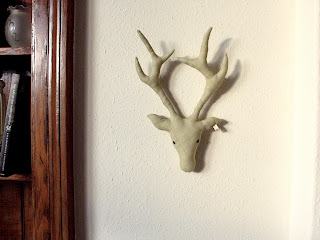 I also bought a similar T-shirt to this (below), from Little Mashers for my nephew (shhh don't tell him!). 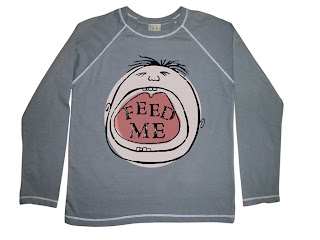 We also went and had lunch at Franco Manca, let's just say I will have to be going back and having more of that amazing pizza! (by far the best I've had in this country)
Posted by Unknown at 22:19 2 comments: